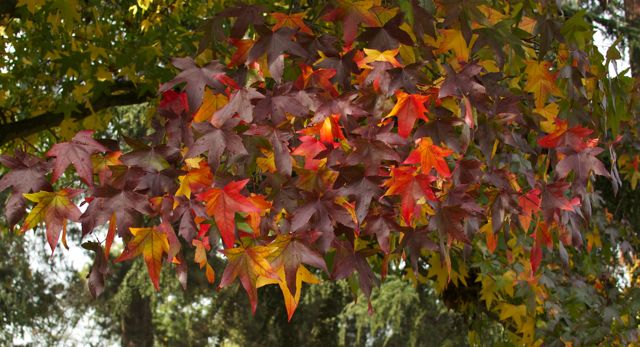 There’s a fuzzy line between leaders and the organisations they lead.

They are not the same thing yet we assume the leader is not only a figurehead but an incarnation of the larger entity – a whole complex mass of projects and departments and practices made flesh. More prosaically, how a leader communicates determines how the wider organisation is perceived internally and externally. And our inferences are often correct: lacklustre communication is a pretty good indicator of lacklustre leadership which in turn indicates poor effectiveness throughout the organisation.

This is true on both the macro and the micro level. The macro level – the continuing narrative of how a leader communicates either overtly through press releases, or more subtly through choices about the workplace environment – is down to planning and implementing a coherent communication strategy. The micro level, what the leader says and how, in any given moment – at a particular networking event for instance – also counts. The impact is registered by both those who are present and those who hear about the event afterwards.

Ultimately, it’s about telling a story that rings true, that is consistent yet compelling.

For leaders of charities and voluntary organisations, this is critical particularly now. They are in the spotlight as never before. The state is withdrawing from the areas where it traditionally made provision. There are widespread expectations that the voluntary sector will step in and provide solutions. At the same time, dwindling resources suggest that a great many organisations will have to merge or fold. For those still standing, there will be an increased urgency to put forward persuasive arguments on behalf of their beneficiaries.

In some circumstances, a leader can change how the whole sector is perceived through what he or she says. There are as many opportunities as pitfalls.

This ambassadorial responsibility is not always taken as seriously or with the degree of imagination that it should be. And there are grave consequences for those organisations with leaders who fail to commit to this endeavour or who make big mistakes for short-term gains.

Take heed of the cautionary tale of Christine Pratt, CEO of the erstwhile National Bullying Helpline (NBH). Back in 2010, the UK was freshly battered by economic crisis and there was a distinct sense that public was dissatisfied with its political leaders. The then Prime Minister Gordon Brown was being criticised for his communication style, which allegedly included hurling paperweights across the room when enraged by his interlocutors.

When Mrs Pratt learned that the NBH had received calls from individual staff members at Downing Street complaining of workplace bullying, she leapt into action. She called the press.

It’s easy to see how Mrs Pratt would have perhaps congratulated herself on spotting an opportunity to promote her organisation and its work on bullying. However, this tactical exploitation of a topical issue was ultimately a strategic disaster.

If you tell your callers that “your call is confidential to us and you will be treated with dignity and respect at all times”, and then announce the news of their calls to the media, you are clearly not communicating in accordance with your professed values. And what kind of ambassador sacrifices integrity for visibility?

Patrons, including Conservative MP Ann Widdecombe, dropped the NBH like a hot brick. The NBH was swiftly placed under scrutiny by the Charity Commission, and criticism spread beyond the ethics of confidentiality.

Even after the NBH folded, intrigue followed Mrs Pratt in the shape of complaints over conflicts of interest and over the poor handling of an investigation into an employment dispute in March 2010. According to the Telegraph, when a hearing in Newcastle was told that Mrs Pratt had a national reputation for her work, the panel chairman remarked dryly: “She certainly does now.”

In the Summer 2010 edition of ACEVO network magazine, Rekha Wadhwani, CEO of The Helplines Association (THA) – a 500 member umbrella association –  wrote frankly about how she had used the NBH PR disaster as a trigger for her own campaign, sensing an opportunity for restoring faith in helplines and for arguing for a change in policy.

Ms Wadhwani’s strategy was to reach out with separate messages to three different stakeholders – different objectives for different audiences: a press release to national and industry media assuring the public that THA members are required to have standards of confidentiality in order to hold membership; a written promise to members and key partners to uphold their reputation; and a reaching out to regulatory bodies to begin a dialogue on improving confidentiality policies.

Resulting press coverage created the impetus for Ms Wadhwani to campaign for tighter regulation. Her leadership –  her decision to communicate effectively at a key moment –  may have saved the good name of UK helplines. It certainly would have done her own profile no harm at all.

A communication strategy is not something you can merely delegate to the PR department, if you have one. You should consider how your personal interventions can shift perceptions seismically. You don’t need to do a lot; you just need to get it right when you do. Sticking your neck out above the parapet is vital if you want to influence policy and public opinion.

However, these might be good questions to ask yourself first: