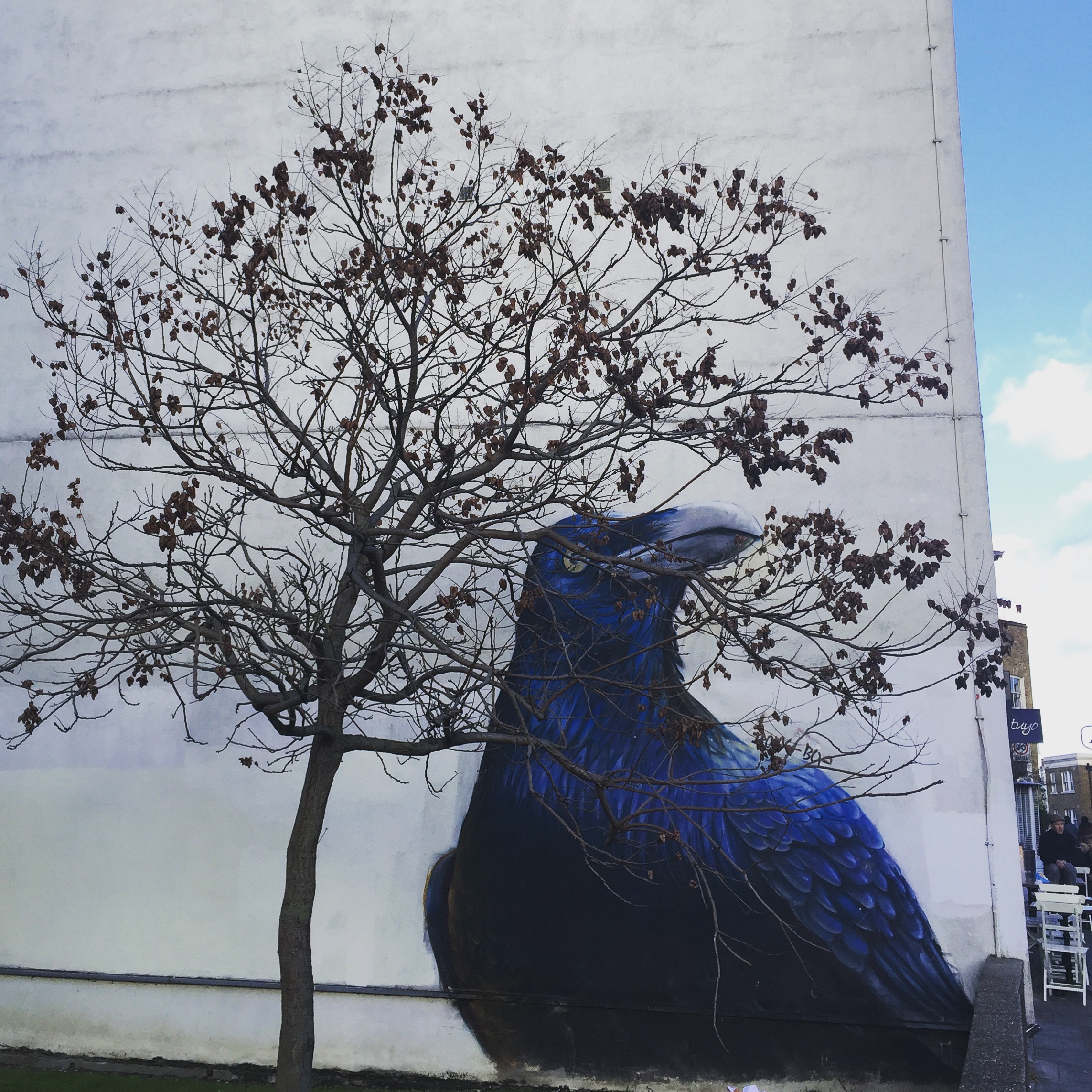 For several years now, there has been a prevailing maxim in leadership theory. Not only have academics been keen champions, it’s also caught on amongst lay people working in all kinds of organisations and institutions, corporate or start-up, public, non-profit or private sector. Anyone who wants to sum up what they want from a leader, or how they want to be perceived themselves will reach for this one word – authentic.

A major reason for its persistence, I believe, is because the term is laden with moral force. This has had a particular appeal recently, when the reputations of big figures in business and public life in general have taken a severe battering. Authenticity is virtuous. It’s transparent. It’s accessible. It’s reliable. It’s real. No one could condemn it any more than they could condemn motherhood or apple pie. The antonyms – fake, phoney, false, misleading, untrue, dishonest, deceitful – are obviously undesirable. If authenticity can be demonstrated to be effective as well as virtuous, then it must be the obvious prerequisite for any leader.

Whenever I wonder out loud how to achieve authenticity, people always have a ready answer: “Be yourself.”

I’ve never been particularly comfortable with this directive. It’s sounds easy but when you try to apply it, it’s rather complicated. How do you identify what is ‘being yourself’?

Personally, I’ve had difficulty nailing it down. When I interact with my mother, my best friend or the dry cleaner, my behaviour, physicality, language and tone shift according to the person and the circumstances. Often all these are reflexive rather than reflective choices. So which one is the real me? If they all are, as I believe, what use is it to tell me to be the real me when the reality of me is so varied?

As a coach I aim to suggest actions that, if not necessarily easy, are at least specific and achievable. The ‘be yourself’ mantra is neither. Authenticity seems not only to be predicated on a full and exact knowledge of who one is as a person, but also to require one to hold a view of oneself which is consistent across situations.

Whenever my students and clients express an urge to be authentic, I navigate them towards more down-to-earth goals that can be attained through practical methods – such as releasing the breath, so they can be audible and engage others with their voices.

Now, leadership gurus are beginning to question the value of fetishizing authenticity, or even ricocheting to an opposite viewpoint. In their paper, The impossibility of the ‘true self’ of authentic leadership, Professor Jackie Ford and Nancy Harding have expressed their doubts. They suggest: “…firstly, that authentic leadership as an indication of a leader’s true self is impossible and, secondly, that attempts at its implementation could lead to destructive dynamics within organizations.” And in the New York Times, Adam Grant has opined: “Unless you’re Oprah, ‘be yourself’ is terrible advice”.

One story that is frequently trotted out by the backlash-against-authenticity lobby is that of Cynthia Danaher. When she was promoted to general manager of a group at Hewlett-Packard, she declared to her 5,300 employees that the job was “scary” and that “I need your help.” It’s been widely reported that this over-sharing led to her team’s initial loss of confidence in her as a leader. I’d be cautious about ascribing this lack of buy-in entirely to the authenticity of her communication. Let’s be frank: sexism may have played a part too in how she was received as a leader. When we’re supposed to be living in a post-feminist world of having it all and leaning in, it’s uncomfortable to acknowledge such a possibility. This is speculation, but perhaps if we were all a little more skeptical about authenticity some wider considerations might have tempered Danaher’s approach.

Coming from the world of the arts, I’ve long since harboured an alternative perspective. When I’m coaching people in communication, I borrow a great deal from my own drama school training and my practice as a theatre professional. I bring in exercises that involve invention and play-acting in order to explore how anyone can adapt their approach to different people across a range of contexts. Not only do regular people – with no previous drama experience or training – enjoy doing this, they also prove themselves quickly adept at many of the games. To observers, they appear to have mastered how to present themselves in a variety of styles to others, and to select whatever approach will get them the impact they want. This can be a surprise and a pleasure for my students and clients. Of course the next step is how to integrate this new flexibility into real-life situations where these shifts in voice and body-language can affect the outcome of an interaction that matters.

For leaders in particular, this facility is a distinct advantage because it allows them to be responsive to the needs of their stakeholders, and to model behaviour they want from their teams. In fact, it might even be a way for leaders to train themselves to be the kind of leaders they would like to be. Perhaps this is a better strategy for handling ‘imposter’s syndrome’ than an open confession of self-doubt to all and sundry.

In a recent public-speaking workshop, a student confessed to me his worry that making external adjustments to his posture and voice would make him an inauthentic person. It was intriguing because while he clearly felt deeply, he found it difficult to put his finger on what exactly was disturbing about this approach. When pressed, he reiterated that his integrity was important to him. Other workshop participants pointed out that if being authentic for him meant never making deliberate changes, he would be doomed to never improve his presentations.

However, his concern got me thinking about how differently actors view the process of communication in the theatre. To focus on authenticity in this context, most of my colleagues would agree, would be a category error. Granted, there is some cultural suspicion of how actors manage to transform themselves so convincingly. When people wish to decry charming but unscrupulous public figures, ‘actor’ is sometimes deployed as synonym for ‘liar’.

I believe this is based on a misunderstanding of what the job of acting is. Greater awareness of what actors do would not only dispel some minor stigma against the profession but, more importantly, also empower ‘real people’ to use some of their approaches to persuade people of their own excellent, morally worthy ideas.

When an actor takes on a role such as Hedda Gabler in Henrik Ibsen’s classic play, this is what doesn’t happen:

So contrary to the tenets of conventional leadership beliefs, in the theatre there is room neither for authenticity nor delusion. She is playing a part, and she knows it.

However, actors and directors are extremely preoccupied with truth. Indeed, the highest compliment an actor can pay another is to describe his or her performance as truthful. This may seem paradoxical. After all, everyone (the actors, director, whole creative team and audience) acknowledges that they’re inhabiting a fictional world. So how can these beliefs be compatible?

Perhaps, what ‘truthfulness’ means in this context needs a little unpacking. In the world of the theatre, I would describe it as a commitment to the world of the imagination, rather than to bullet-pointed data and the literal here-and-now. But, a world that is nevertheless coherent and plausible – a reality that could exist. Above, all it is full of possibility.

In the theatre, everyone is mobilized towards this possibility. And the whole creative team, led by the director, is focused outwards on the audience’s experience of this possibility. By the time a production is up and running, the actors’ focus cannot be inwards. They must create an experience that’s rich enough for the audience to connect with their own lives, feelings and beliefs. Universal truth, not personal authenticity, is the point.

I think there are interesting lessons here for someone looking to share a vision for a business, a public institution or even a social campaign. These projects too are surely concerned with future possibilities and resonances rather than the present limitations of the individuals concerned – leaders or followers.

Theatre shows, whether they originate from a written script or through a collaborative devising process, are crafted through preparation. And this gives rise to another paradox; despite exhaustive rehearsals, during a performance actors are committed to being present – physically, mentally and emotionally. In fact, athletes experience something similar. In their lingo, they are ‘in flow’. Anyone who has ever become immersed in an activity – sporting or creative – will recognize the sensations of being at one with the time and place, rather than separate and distinct from it.

So in the theatre, personal effectiveness doesn’t necessarily have much to do with personal identity, let alone authenticity.

So, this is what actually happens when an actor plays Hedda Gabler:

Rather than chasing after the false promise of authenticity, there are fruitful alternatives. Try ‘being truthful’ and ‘being in the moment’ if you’re looking for more useful mantras for communication and leadership.